In March 2014, the City Council accepted the Master Plan for the Atherton Town Center. The Master Plan envisioned construction of new buildings within the Town Center that included a new Council Chambers, a new Library, and facilities for Town Administration, the Police Department, the Building Department and Public Works. Bringing together the Town’s public services and public spaces, the Civic Center Project will create a “there there” to achieve a balance between meeting the community’s service needs at one location and providing a space for civic pride and engagement. The overall objective being a design that builds a functional and attractive Town Center that provides space for the Town's Administrative and Public Safety Services while simultaneously providing a welcoming environment for Atherton residents to conduct Town business.

The Council hired WRNS Architects in late 2014 to begin work on the Project's design. The Civic Center Advisory Committee (CCAC) worked with WRNS through 2015 and presented a Conceptual Master Plan to the City Council on October 7, 2015. The City Council accepted the Conceptual Master Plan and the project has moved forward ever since. The Project completed the design phase and went out to bid in early 2018. Bids returned in mid-2018 but were 40% higher than anticipated based on the construction estimate. The City Council entered a redesign phase and developed numerous value-engineering options for the Library, City Hall, and Police facilities. The project was successfully re-bid in December 2018. 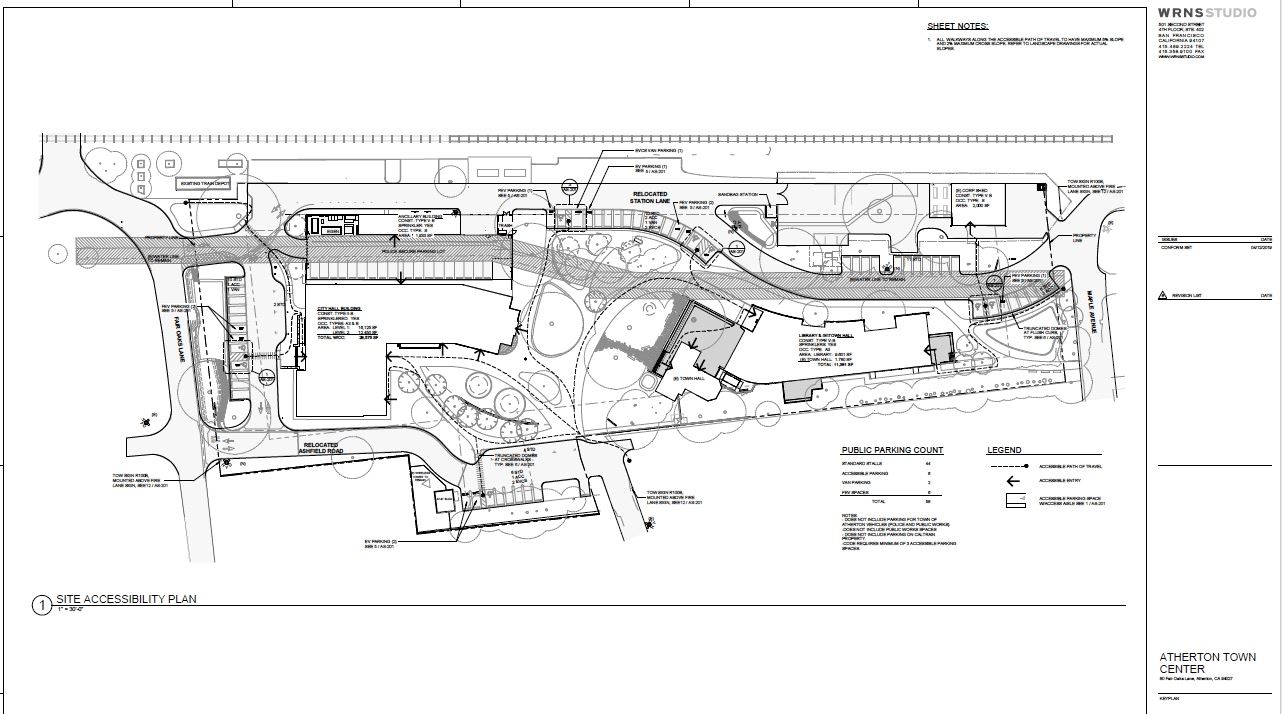 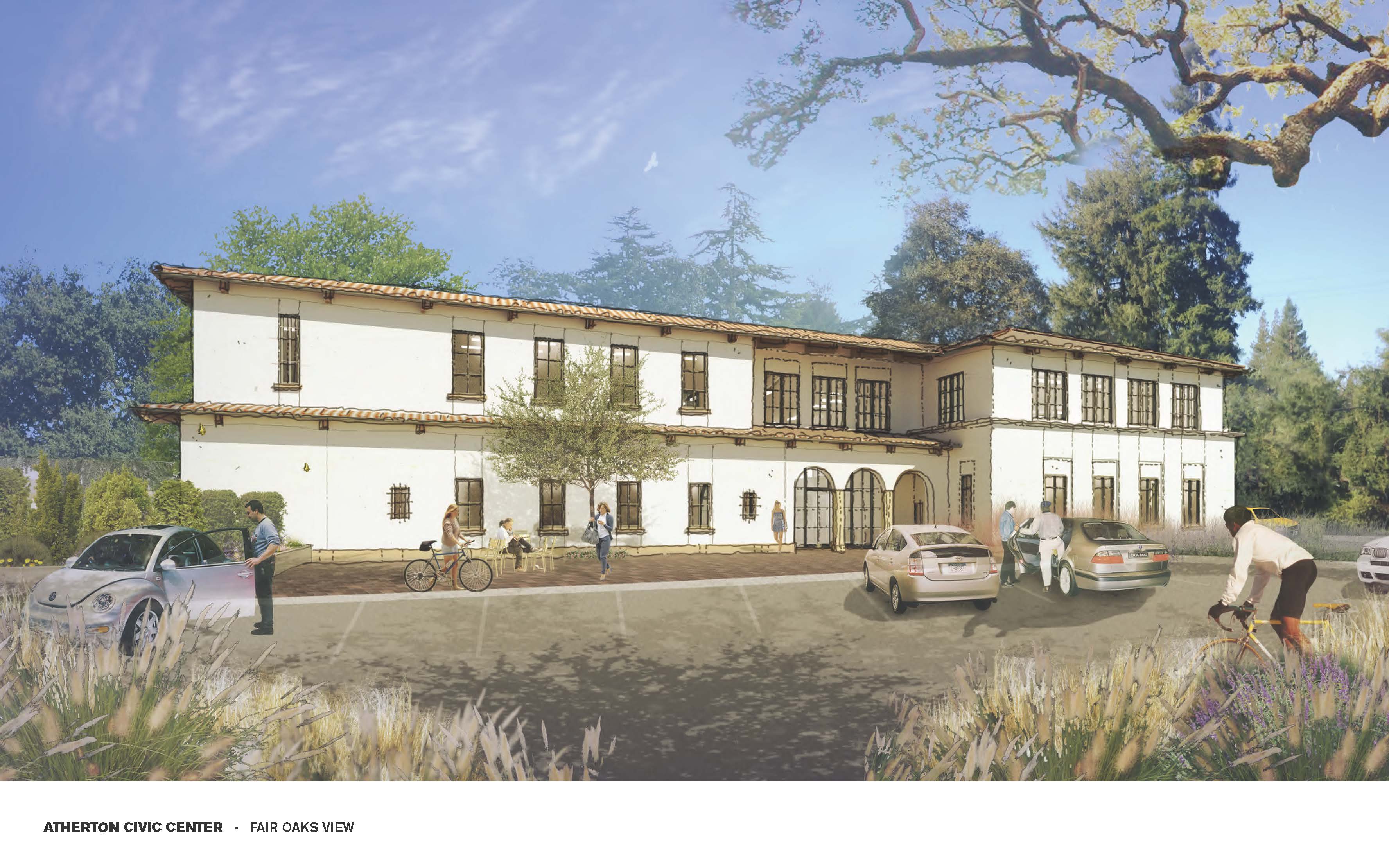 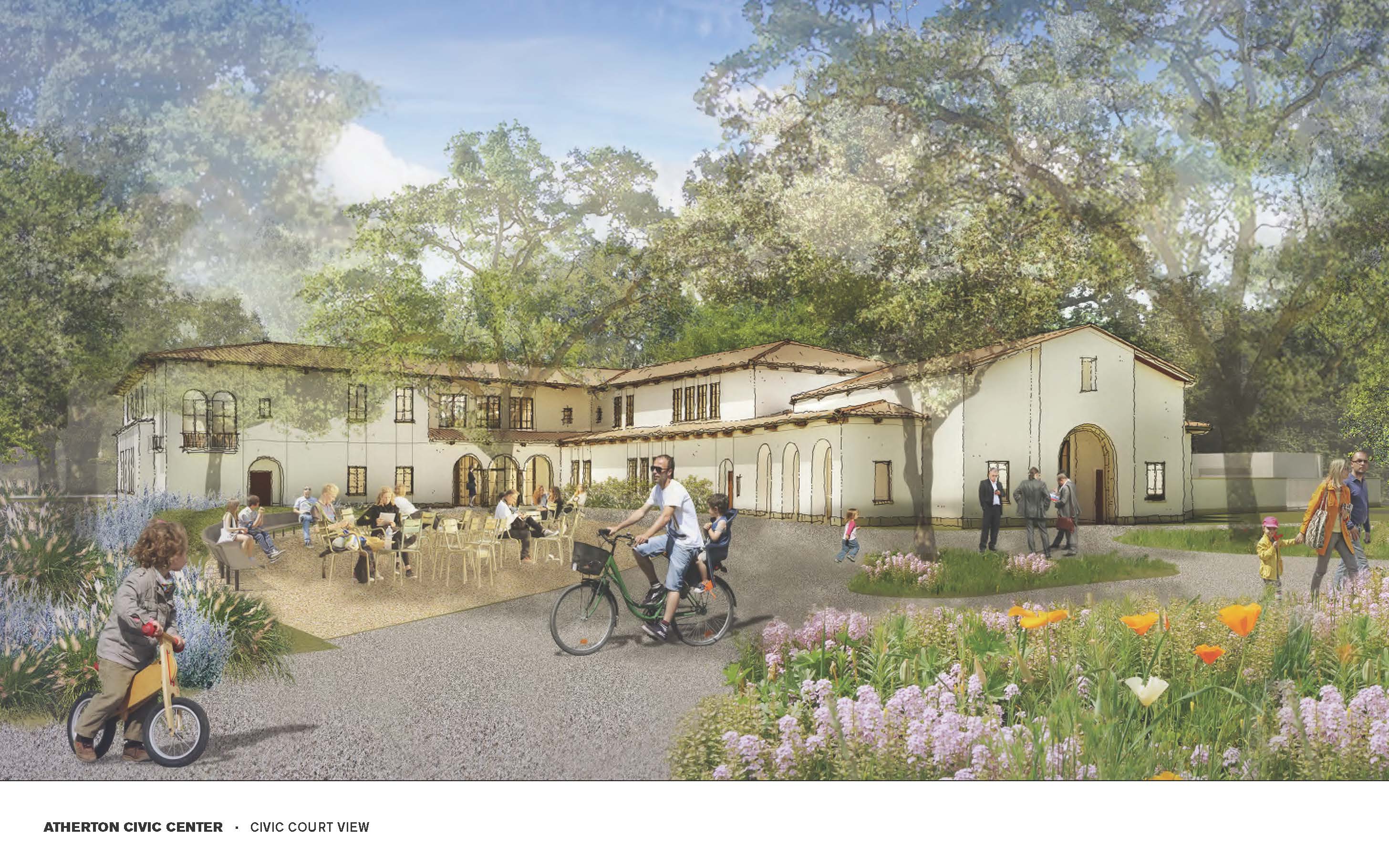 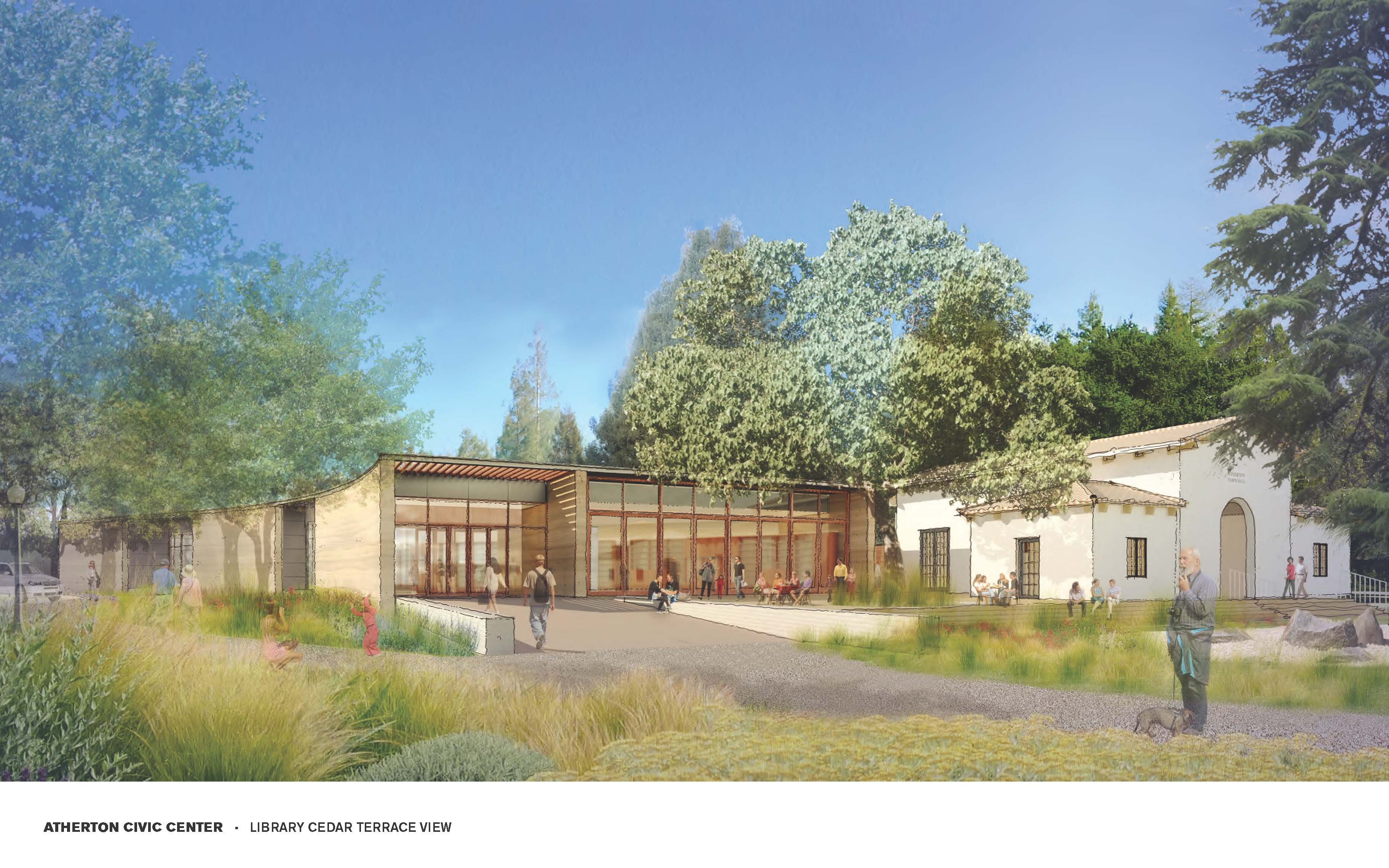 Measure L, approved by voters in 2012, restricted the types of funds that could be used for the design and construction of the new Town Center, generally requiring that more than half of the funds come from private donations and other non-tax sources, such as building fees or grants. The Town could not use General Fund or Parcel Tax Funds to design or construct the new Town Center. The costs associated with the Library are fully funded by Library funds. Measure A, approved by voters in 2017, authorizes the Town to supplement donations and other project funding with General Funds. The Town Center portion of the project is funded by a combination of community donations, Library tax funds, and Town General Funds.